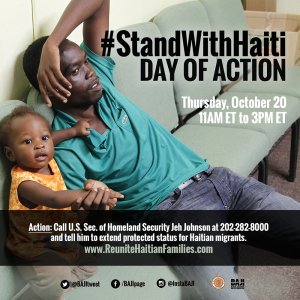 After the devastating 2010 earthquake in Port Au Prince, Haiti’s capital, several Latin American countries, including Brazil and Venezuela, extended special immigration programs to Haitian nationals to aid in recovery. Recently, following the completion of construction on the Rio Olympic village, and political and economic unrest throughout South America, the Haitian diaspora in these countries has been put out of work and met with social exclusion.

This instability has made living conditions unbearable. Faced with little recourse, hundreds are making the journey north to the United States. Until a September 22nd policy directive by Department of Homeland Security resuming deportations, the U.S. had extended a humanitarian admittance to the Haitian refugees and migrants.  Since then, around 100 Haitian refugees enter the U.S. per day have been detained. Today nearly 4,000 Haitian migrants are being held in detention. Although deportation flights were suspended briefly after Hurricane Matthew, a Category 4 storm that has devastated Southern Haiti and caused an indefinite delay in election, DHS resumed deportation removals as of November 3rd.

Read More About the crisis at the links below: 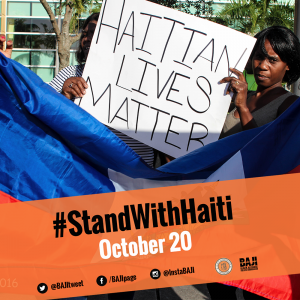 The Black Immigration Network is advocating for continued humanitarian policies in the interim and long-term strategies to deal with the plight of Haitian refugees and migrants, and unite Haitian-American families. Allowing these Haitian nationals the opportunity to live and work in the United States will ultimately support Haiti’s recovery by relieving some of the burden from the nation’s encumbered physical infrastructure and political instability. As a community of Black immigrants and allies in the U.S. – including Haitian Americans – we are committed to fighting for the release of detainees and welcoming, supporting, and creating a safety net for the newly arriving Haitian refugees.

Taking Action: On Thursday October 20 advocates across the country participated in the #StandWithHaiti Social Media Day and call-in action targeting the Department of Homeland Security. The DHS phone lines were flooded and social media posts trended as BIN members and allies in Washington D.C. delivered the BIN Sign-On letter with over 200 endorsements to DHS.

Steps You Can Take: 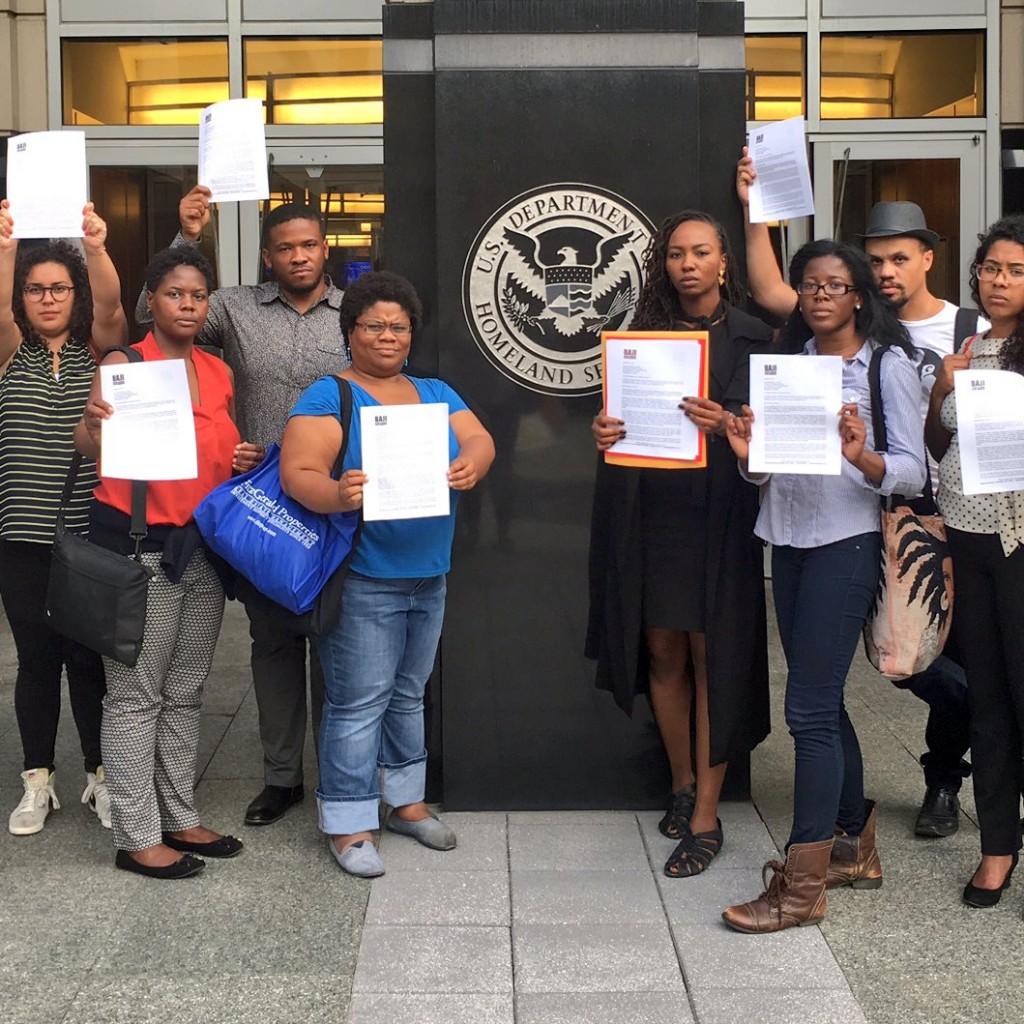